Mobile payment continues to make inroads on a large scale

2019 has been a year of growth for the mobile payment industry. In this context, on all continents, we are seeing mobile payments developing largely at the point of sale. Habits are evolving and usage is also changing, and we can only welcome this situation, which finally enables digital payments to enter the phase of large-scale deployment and meet its audience. The market is also gaining maturity and the use of EMVCo standards is gaining ground.

On this point, two technologies continue to coexist: QR Code and NFC. To date, the most widely used worldwide is QR Code, thanks in particular to its massive deployment in Asia and more particularly in China (Alipay and WeChat Pay are the main players in QR Code payments there). At the same time, NFC technologies, supported by the major banking institutions and card payment networks (such as Mastercard and Visa), are predominant in Europe and more generally in countries with a high level of banking services and which have already invested in chip card payment systems.

With these elements in mind, it is appropriate to take stock of market developments. Although QR Code technologies are more widely used, they suffer from a lack of interoperability due to their implementation by major players in the field such as WeChat and AliPay (proprietary approach, closed-loop systems). In this context, it is clear that QR Code-based solutions are becoming increasingly standardised and will continue to develop on an international scale. As early as 2017, EMVCo, the international organisation bringing together all card payment networks, published QR Code payment specifications ensuring interoperability. More recently, the June 2019 announcement of the creation of the Mobile Wallet Collaboration initiative is a perfect illustration of this quest for greater interoperability of the QR Code approach. This evolution is a strategic element to allow the market and usage to continue to grow.

Models still hybrid in some regions

In view of the above-mentioned elements and the greater or lesser influence of Asian countries, hybrid models are emerging that take into account both approaches (QR Code and contactless). This is particularly the case in regions such as the Middle East.

The coexistence of approaches, hybrid models, the opening of new countries to mobile payment and interoperability therefore continued to drive the market in 2019. This trend is expected to continue in 2020, with a particular desire to develop and broaden the uses of mobile payment through standardisation.

Mastering tokenisation strategy in the context of payment... 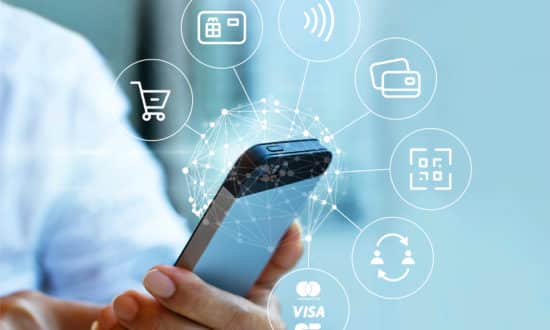 Mastering tokenisation strategy in the context of payment...